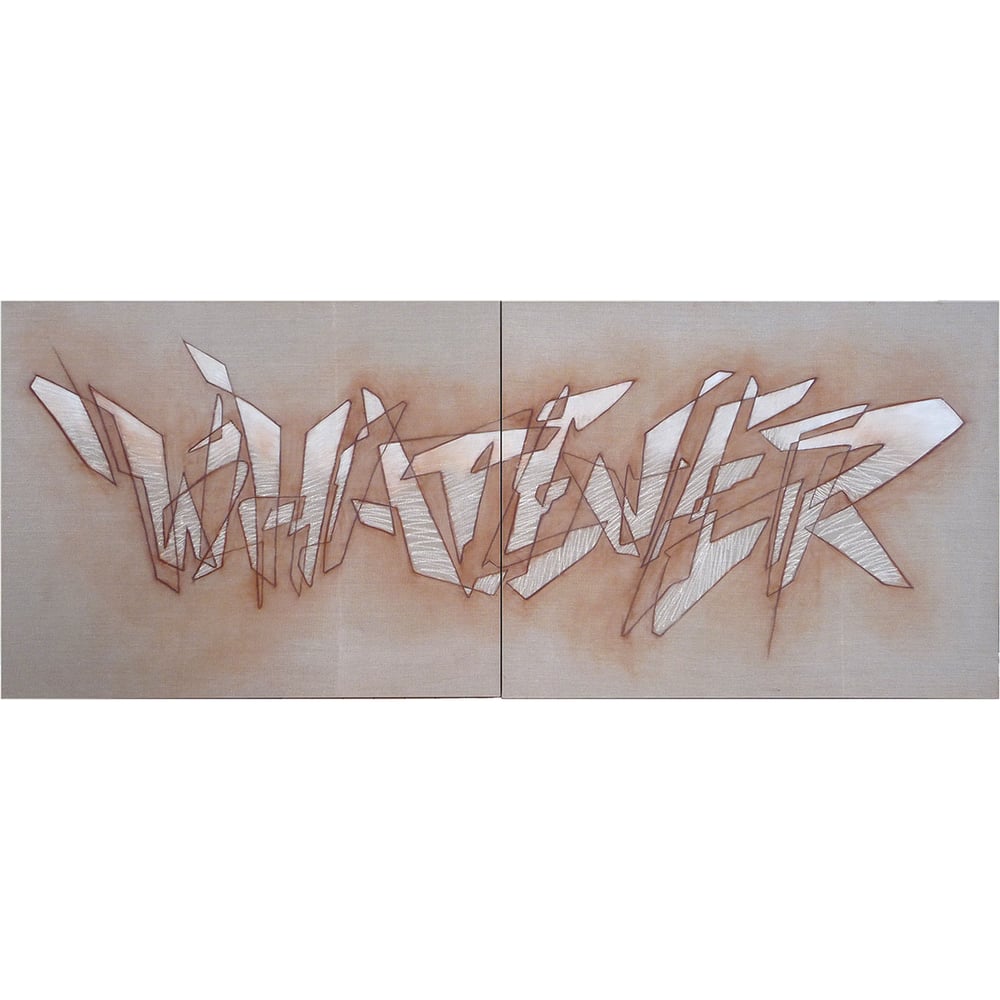 The thinking man of the British graffiti movement has recently returned from self-exile in Paris. Like seminal comic 2000AD if it had ever managed to get laid, Mode's work is immediately refreshing due to its lack of posturing and antagonism, concentrating instead on very different themes (friendship! Love! Dancing! The latter stages of pregnancy!) Mode was recently made artist-in-residence at Coco de Mer, the peerless erotic emporium masterminded by Sam Roddick, daughter of Body Shop founder Anita, where he has developed an offshoot style mixing his graffiti-based art with more traditional portraiture. He paints customers from his vantage point of a cubby-hole in the changing rooms (with their prior request, of course). He is available for private commission.