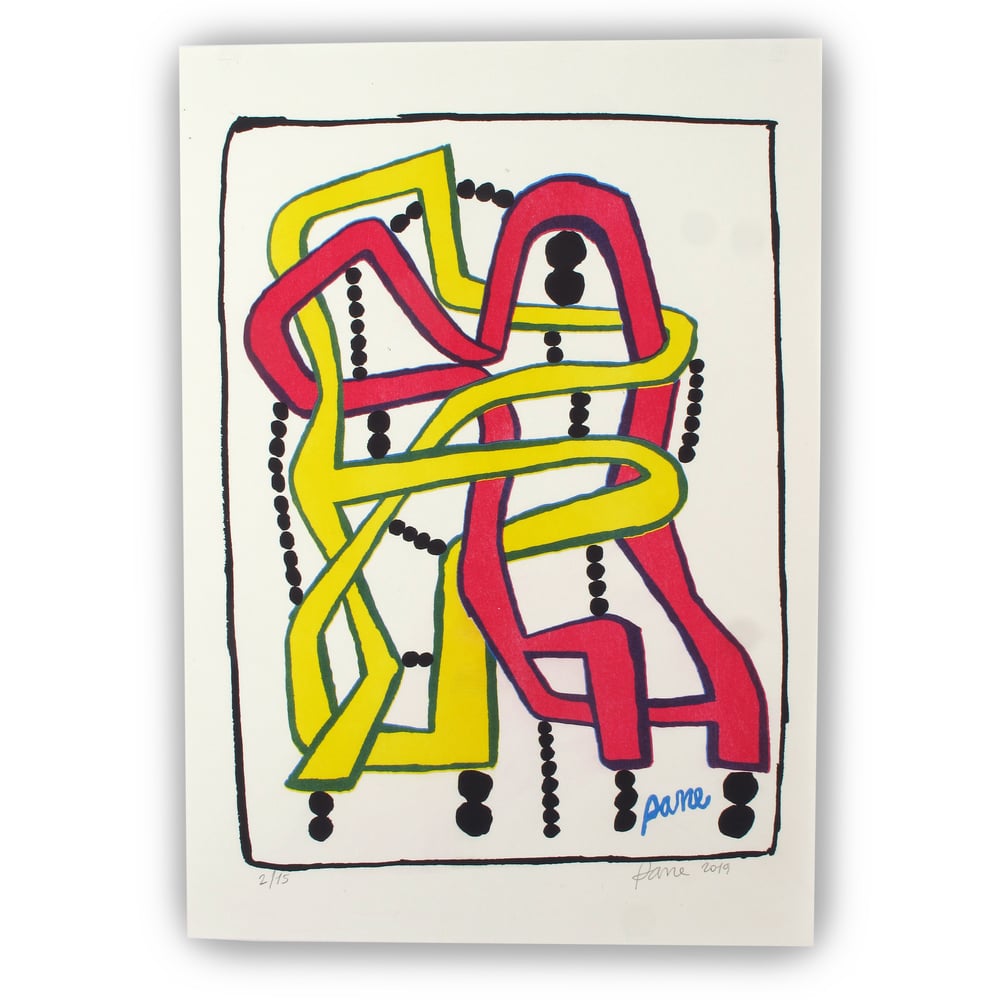 Pane’s latest works has to do with the reimagining of 20th century art movements in a humorous way, this starting point is infused with the practice of writing graffiti style letters where the sticks intersect to form virtuosic balances.

"Over the past two years I've been inspired by the way art has been represented in classic cartoons. For example as when Tom and Jerry happen to be in a museum, and the art in the background are this amusing reduction of Cubism and Modernism works. I remember how when I watched cartoons as a kid these images grabbed my attention and basically gave me my first understanding of what art is."