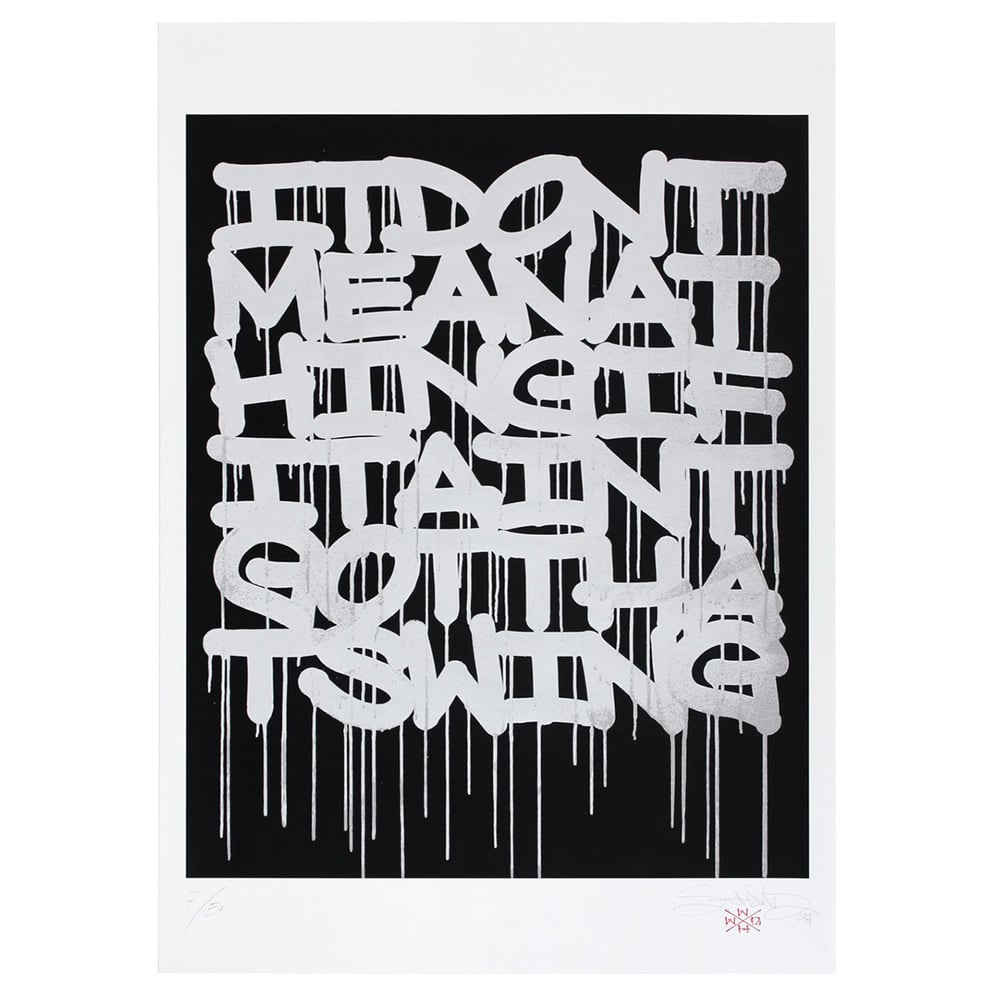 Stohead (Christoph Haessler, 1973) had his first graffiti experiences back in 1989, in 1999 he joined the artist group „Getting-Up“ with whom he created some of the biggest graffiti murals and exhibitions in the early stages of the new graffiti art movement. Stohead has always focused his work around the art of writing and plays with all kinds of different handwritten letterings.

"This quote, which was supplied by Irving Mills in a song of composer and jazz musician Duke Ellington in 1931, is describing my attitude to hand style writing in the clearest way. It means a lot to me. So I was very lucky when I counted the letters to find out that they fit my square letter piece, round tip style."
- Stohead, 2017
---

"The first time I saw the work of German artist Stohead was in Paris at Galerie Le Feuvre in 2012. His pieces in that show reminded me of the 1980s when we would tag up with ‘soppers’ (those round spongy things used to touch up boots and shoes). Soon I would find out that there was a lot more to this accomplished artist. We met in Berlin in 2013 –his dog always beside him– and spoke about the Calligraffiti movement and much more. It was clear that he already created his own approach and was making a place for himself in the Urban Contemporary art scene. All the more reason to be grateful that he is now part of this unique series of hand-pulled screen prints, celebrating ten years of Calligraffiti."
– Niels Shoe Meulman, 2017