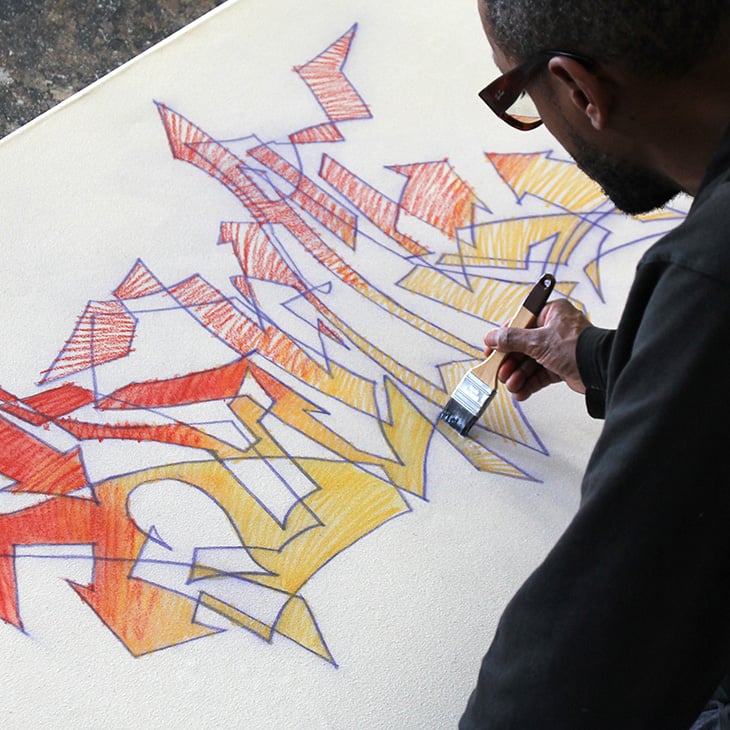 Mode 2 was born in Mauritius in 1967, he spent his childhood under the sun of the Indian Ocean, before moving to the UK in July 1976. Punk had just started its own cultural revolution, while reggae and dub were ever present in the neighborhood “blues” parties, as well as from the first real booming systems in the cars that would ever so often drive casually through the streets of Lewisham, South-East London. “I did all of my schooling there, drawing since as far back as I can remember, spending my youth deep into comics, sci-fi and fantasy literature, as well as role-playing games such as ‘Dungeons & Dragons’”.
So, growing up reading comic books and science-fiction literature in the South-London borough of Lewisham, it is no surprise that Mode 2’s art is fun and frivolous. He is now widely considered to be one of the forerunners of the British graffiti and street art movement. He made a name for himself alongside Scribla, Zaki D, Eskimo and Xerox, also known as the Trailblazers and later formed The Chrome Angelz.