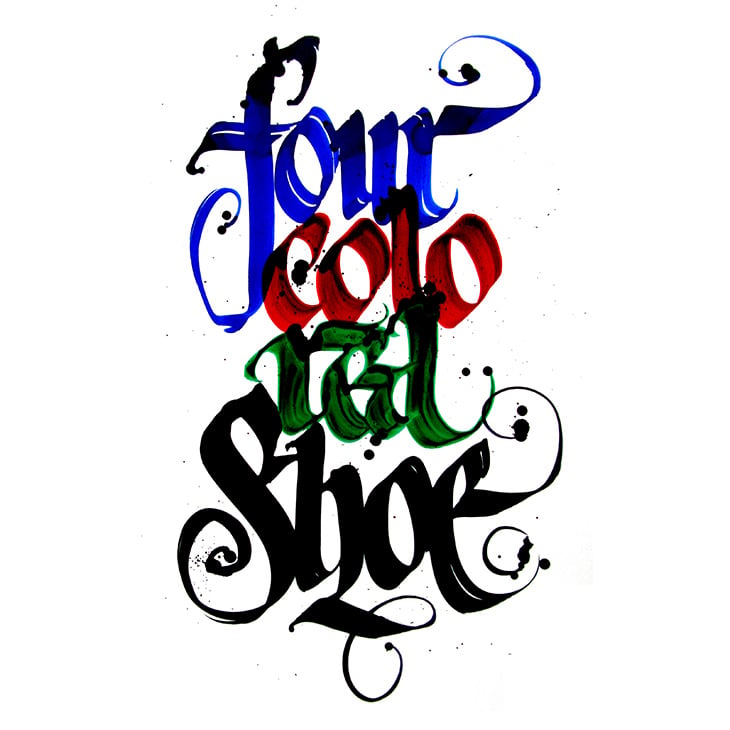 This piece refers to the Bic 4-color pen.

Experimenting within the traditional medium of paint-on-canvas, but also unafraid to venture into new realms like conceptual installations and poetry, Niels Shoe Meulman keeps pushing the limits of Urban Contemporary.
- - -